Portland, the largest city in Oregon that was named in a coin toss, is nestled between the Columbia and Willamette rivers, in the shadow of snow-capped Mount Hood. It is well-known for its parks, bridges and active citizens, as well as for its eco-friendliness, microbreweries and coffeehouses. Portland is also one of the only cities in the world to house a medical school, a naturopathic college, a chiropractic college and a college of oriental medicine. With a population of more than 600,000 people, its residents experience the cultural advantages of a major city, but with small town charm.

The community vibe sets Portland apart from other large cities with its art walks, galleries, theaters and Saturday Market. It has endless shopping and dining choices, an award-winning public transportation system and never-ending activities. Whether you’re a foodie, adventurer, musician, pet lover, or a home beer brewer (or maybe a mixture of all of these and more), Portland has something for you. The motto is, “Keep Portland Weird,” and its residents take that to heart.

Portland is a beautiful city, with a backdrop of Mount Hood and flowing rivers, and is known as one of the most environmentally friendly cities in North America, and the world.

Portland is located 60 miles east of the Pacific Ocean at the northern end of the most populated region in Oregon, the Willamette Valley. Downtown Portland is less than 10 miles from the Columbia River, which divides Oregon from Washington state.

Portland is one of the best cities in the world for street food and was ranked as the #12 best street-food city in the world – thanks in large part to Portland’s huge food cart scene. No matter what you have a hankering for, take a stroll down the street and you will see trucks with specialty flavors from all over the world. If you have dietary restrictions, Portland is home to hundreds of options for the gluten-free, dairy-free, meat-free, anything-free citizen. Voodoo Doughnuts, is a world-famous whimsical donut shop where locals and visitors line up 24 hours a day for exotic-flavored doughnuts.

After your stroll around the food carts, it won’t be hard to find something to drink with your dishes. The city has the most breweries and independent microbreweries of any in the world. Wine tasting is also a popular activity with many urban wineries to explore. Not in the mood for homebrews or a glass of wine? There is always coffee, and Portland residents love their coffee. The statement is made abundantly clear due to the nearly 3,000 coffee shops in the area. Some of the best include Stumptown Coffee, a former nickname for the city, Barista, Rain or Shine or Good Coffee.

Portland has a lively music scene and is home to famous bands such as the Dandy Warhols, Everclear, Pink Martini, the Shins and the Decemberists. There are many performing arts institutions including Oregon Ballet Theatre, Oregon Symphony, Portland Center Stage and Portland Opera. Portland hosts several music festivals each year that bring world-famous bands to the state.

Along with this incredible location, Portland promises many fun outdoor activities. Bike tours give you a chance to see the city from a new perspective and Forest Park extends from Northwest Portland with trails for running, biking or hiking enthusiasts. It is one of the largest urban parks in America. The Oregon Zoo is a popular family attraction, as well as the Japanese Garden, Silver Falls State Park and winter sports on Mount Hood.

Running is a popular activity in Portland. The city hosts a number of races including the Portland Marathon and the Shamrock Run that draws over 30,000 participants, held annually on St. Patrick’s Day. Parts of the Hood to Coast Relay, the world’s largest long-distance relay race (by number of participants), adventure through the city too. Depending on the year, UWS has the opportunity for you to run these races as part of the university team or via a student club too. Need a new pair of running shoes? The Portland metro area is a headquarters for athletic and footwear giants such as Nike and Adidas.

Portland has many options both indoor and outdoor. For rainy days, the Oregon Museum of Science and Industry (OMSI) is one of the leading science museums in the country – and very family-friendly. The Portland Art Museum is the oldest museum in the Northwest and is internationally renowned for an exciting art experience. Head to Powell’s, the largest independent new and used bookstore in the world, to find the perfect book by your favorite Oregon author such as, Chuck Palahniuk, author of the award-winning novel Fight Club or Cheryl Strayed, New York Times bestselling author of Wild, a memoir about her inspirational 1,000-mile hike on the Pacific Crest Trail, that was recently made into a movie.

For more information on the Portland area, please visit: www.travelportland.com
While you’re here, venture beyond Portland and explore the Seven Wonders of Oregon. Yup, UWS is Portlandia-famous. The Portlandia cast and crew filmed part of Episode 4, Season 6 on the UWS campus in August 2015. Apparently they roll with a snack bus and Fred Armisen is super nice.

END_OF_DOCUMENT_TOKEN_TO_BE_REPLACED 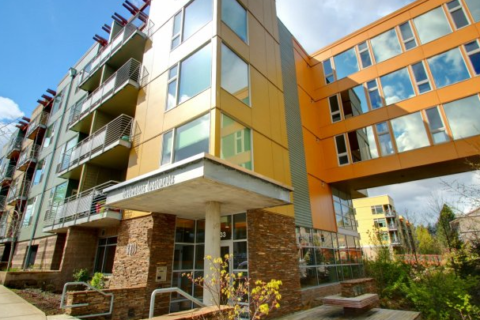 Need a place to live?

Although UWS does not offer on-campus housing, here are some great housing resources for Portland and surrounding areas near the university.

END_OF_DOCUMENT_TOKEN_TO_BE_REPLACED Get to know UWS students, alumni, faculty and staff.

The UWS campus store is your one-stop-shop for all your needs as a UWS student, alumni, staff, family and friend!

See something you like? Stop by the store in the Standard Process Student Commons on campus (face coverings required) or buy online at uwsbookstore.com #UWSLife #TakeTheLead ... See MoreSee Less

Check out the creativity of providing helpful information for patients and the community by UWS alumnus, Dr. Byron Agapay! Know of other creative UWS grads? Tag them below!

Timeline PhotosMetabolic syndrome and diabetes continue to trend upward worldwide. What could be causing the global rise in these conditions? One line of research points to persistent organic pollutants (POPs). How can clinicians manage exposures to these ubiquitous chemicals? Read more: hubs.ly/H0tdQGd0 ... See MoreSee Less

Finding the Right Headspace for Three Months in a Basketball Bubble

Physical harm, whether it be injury or the coronavirus, is an unavoidable concern for the NBA’s restart, but mental health is also front and center for many involved. Players, coaches, and experts d...