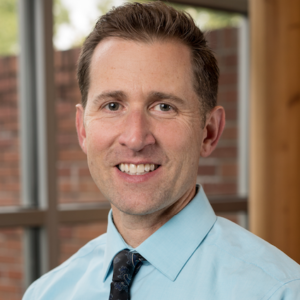 Dr. Stecher arrived in the northwest by way of California. He was born and raised primarily in Southern California but lived in British Columbia, Canada as a small child. Dr. Stecher has been an assistant professor in the Clinical Sciences Department at UWS since 2001 and has taught in other capacities on campus since 1996. He earned his diplomate of the American Board of Chiropractic Radiology in 1999 and in 2001, Dr. Stecher became a Certified Chiropractic Sports Physician. In addition to teaching at UWS, Dr. Stecher taught radiology at National College of Natural Medicine and maintains a private radiology and clinical practice. Besides his academic interests, you may see Tim running between classes, as he is an avid runner. He has run many Hood to Coast Relays (two with UWS teams, one with a UWS Radiology team), and many marathons, ultra-marathons, and numerous shorter distances.