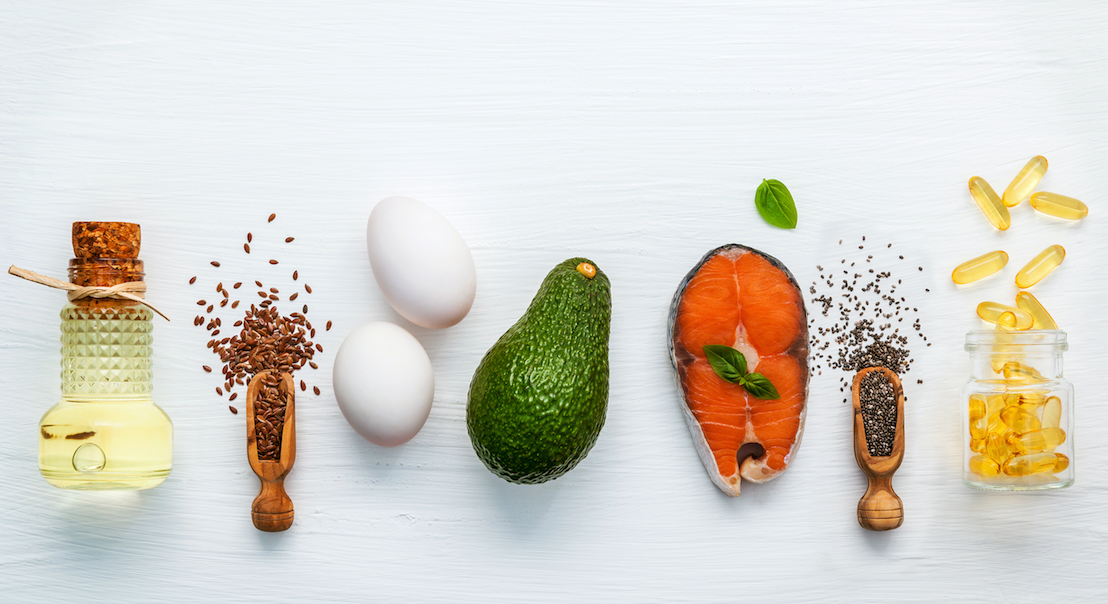 Omega-3 polyunsaturated fatty acids (PUFAs), such as DHA and EPA, are known for their anti-inflammatory properties. Their role in exercise performance is unclear, with studies showing greater benefit for certain populations over others in reducing exercise-induced inflammation.

Currently, the daily limit set by the FDA for supplementation is no more than 3,000 mg/day.7,8

As we age, we lose skeletal muscle mass and higher reactive oxygen species in the mitochondria of skeletal muscle cells cause alterations to muscle fibers.9 Omega-3 supplementation, such as with fish oil, has been found to help lower blood markers of inflammation as well as mitigate delayed onset muscle soreness and muscle damage.

The benefit of omega-3 fatty acid supplementation for older adults is much more clear than it is for younger, healthy athletes. PUFAs affect the cardiovascular and central nervous systems in older adults, which is largely why they may be so beneficial to pair with exercise.

In adults with a history of myocardial infarction, or heart attack, DHA/EPA supplementation for 4 months reduced and stabilized many post-exercise cardiovascular markers including heart rate recovery, stroke volume, and heart rate variability.6

Studies have found improved quadricep strength as well as overall activation of skeletal muscle and force in postmenopausal and elderly women who couple exercise with omega-3 supplementation.5,10

While there are benefits of omega-3 fatty acids for endurance training, they may not be significant enough to warrant supplementation solely for athletic performance. Omega-3 fatty acids act as a vasodilator, which helps increase the movement of oxygen into skeletal muscle during exercise.4 In a study of adult rats, DHA supplementation led to improvement in endurance exercise capacity and mitochondrial function in skeletal muscle.9

However, several studies have shown insignificant improvements in markers of inflammation, performance, and immunity. Exercise-trained men who took an EPA/DHA supplement for six weeks and performed an uphill climb while carrying a load had insignificant lower levels of resting TNF-a and CRP compared to the placebo group.

A separate study of young men and women performing a maximal endurance test on an ergometer showed that supplementation with krill oil did not change immune function or markers of exercise performance.11

These results suggest that those who regularly engage in endurance exercise may have minimal oxidative stress responses to exercise because regular exercise naturally increases the body’s antioxidant system.1 Therefore, omega-3 supplementation solely based on improving athletic performance may not be warranted for endurance.

Supplementation with omega-3 fatty acids has been shown to be beneficial for the nervous and cardiovascular systems, with anti-inflammatory effects that fight against exercise-induced muscle damage.

While the benefit for endurance athletes is less clear, supplementation with PUFAs does seem helpful for older adults and individuals engaging in strength training. Depending on the individual and their goals, the inclusion of PUFA supplementation as part of their athletic recovery routine may be worthwhile.

Did you meet your sweetie during your time at UWS? We want to hear from you! Send your story and a photo to [email protected] to be featured this Valentine's Day. #UWSLife 💜Love is in the air at University of Western States. Here are just some of the great connections that have been made here on campus. #UWSLife ... See MoreSee Less

Please join us tomorrow, Thursday, January 20 from 3:30 - 4:30 p.m. PST to learn more about the UWS human nutrition and functional medicine program in preparation for our February 4, 2022 final deadline for Spring 2022 admission.

Timeline photosIf you've noticed an increase of pain in your lower back or neck, you may be suffering from "Pandemic Posture." Here are some tips to help reduce your pain and improve your posture. #ThinkChiropractic ... See MoreSee Less

Congratulations! You are amazing.