By: Bradley Crowe, 8th quarter DC Student and participant in Hood to Coast

The Hood to Coast relay is an annual event where teams of runners race from the Timberline Lodge on Mt. Hood all the way to the town of Seaside on the Oregon coast. Every year the route changes slightly, but the race covers approximately 199 miles each year. Teams consist of twelve runners divided into two vans. The race is set up so that the six runners in van one take turns running and then hand over to the runners of van two. It continues to alternate throughout the race, so that the van that is not currently running can try to get food or some sleep before taking over running duties once again. Runners each run three legs of anywhere between four and eight miles distance, for a total of 36 legs.

University of Western States was lucky enough to get a team into the race this year. The team was called the Western States Running Club (WSRC). It consisted of, in order of running legs: Jimmy Westover, Natasha Smith, Matt Botcher, Savannah Shortz, Brad Crowe and Kelsey Woodland in van one; and Rachel Wysocki, Kaitlyn Haese, Sissel Holloway, Cornelius Van de Wall, Ryan Takagi and Parker Pratt in van two. The team wouldn’t be complete without our amazing drivers, who took time out of their weekends to support the team: Raquel Osborn and Dr. Jenny Nordeen in van one, and Hank Hirsh in van two. Thank you so much!

The race started on Friday, August 26 at noon. It was beautiful and clear, with temperatures trending up into the 90s. Gorgeous, but not ideal temperatures for running. The first leg was a fast and steep descent down Timberline Highway, ending at the Government Camp rest area. The transition area was chaotic with vans, spectators and runners everywhere. After the exchange, the race followed Highway 26 down the mountain. It was almost completely exposed, so the heat took a major toll on runners. Thankfully, many supporters left out bottles of water or hoses for people to douse themselves as they ran by.

The race continued along Highway 26 all the way to Sandy High School – the first major exchange between vans. It was amazing to be able to look back up to Mt. Hood and see how far we had actually run. Van two continued mostly along the Springwater Corridor bike trail, all the way to the Hawthorne Bridge. This was the second major van exchange, and it was crazy. The Portland to Coast race also starts here so there were hundreds of people and hundreds of vans everywhere. And it was dark! Fortunately, the teams had flags to help identify so we were able to connect seamlessly. The next section crossed the Hawthorne Bridge and then headed up to Highway 30. In the full darkness, it was an amazing sight. The stars were out, with hundreds of blinking lights bobbing off into the distance. This was the second section for van one, so many runners were slowing and struggling in this section, but the WSRC ran strong and were able continue pushing ahead of many teams that had started earlier in the day.

The next major van exchange was at the Columbia County Fairgrounds in St. Helens at roughly the halfway point of the race. Now it was true chaos, with hundreds of vans converging in the darkness as both van one and van two rejoined each other after more than 100 miles of running. Van two took over to run through the dead of night along country roads out to Highway 47. The temperatures cooled significantly, but the WSRC continued to run strong and pass teams throughout the night.

The fourth major van exchange took place near the town of Mist. Hundreds of vans were parked throughout the fields with tarps and tents laid out everywhere as runners desperately tried to capture even just a few moments of sleep. With the sun just rising, the exchange back to van one took place around 6 a.m. Van one continued to run down teams in front of them as they cruised along Highway 202 toward the coast.

The final major van exchange took place near Olney, where runners were again trying to grab whatever scraps of sleep they could. With that, van one’s job was done and it was up to van two to bring the race home to Seaside. Overcast skies made for perfect running conditions and WSRC runners felt strong right to the finish. The team finished their 199 mile run in 27 hours, 13 minutes and 58 seconds. This earned them a 9th place finish in their category, out of more than 130 teams, and an outstanding 97th place overall.

Thank you to University of Western States for the support in making this happen. Huge thank you specifically to Raquel Osborn and Pete Szucs, who were instrumental in helping to organize the team. And thank you again to Osborn, Dr. Nordeen, and Hirsh for being amazing and volunteering to drive. And a final thank you to our gracious volunteers: Leah Sartison, Kim Nicks and Tricia Clements. Congratulations to everyone who participated! 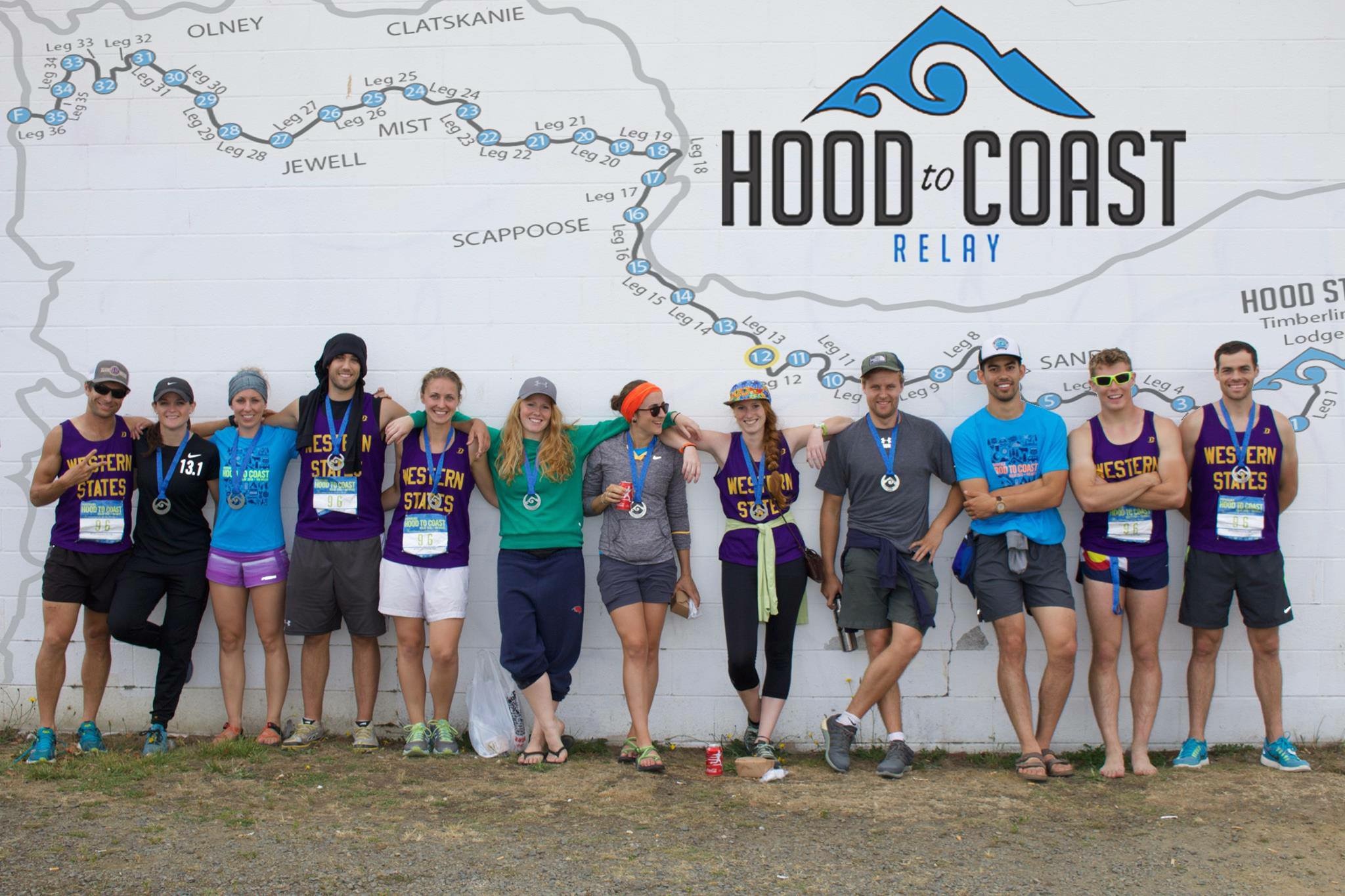