Human Nutrition and Functional Medicine instructor Michael J. Gonzalez, PhD, ScD, CNS, was recently announced as an inductee into the Orthomolecular Hall of Fame, which was established in 2004 by the International Society for Orthomolecular Medicine (ISOM). Based in Toronto, ISOM has national chapters in more than 18 countries. The term “orthomolecular medicine” was first conceptualized by Nobel Laureate Linus Pauling. He defined it as a branch of medicine that aims to provide an optimum, functioning environment for people based on individual biochemistry. Any deficiencies found in testing would be corrected using substances natural to the body such as vitamins and minerals, as food or supplements.

The total number of inductees in the Hall of Fame is 64, representing scientists from all over the globe. Dr. Gonzalez and his partner Dr. Jorge R. Miranda-Massari, are being honored for their significant contribution to orthomolecular medicine and most notably for their research on intravenous (IV) vitamin C and cancer. Dr. Gonzalez and Dr. Miranda-Massari are the first inductees from Puerto Rico.

Dr. Gonzalez, who teaches Oxidative/Reductive Dynamics and Energy Production in the all-online Master of Science in Human Nutrition and Functional Medicine program at UWS, will be formally inducted on April 30, 2016 at the 45th Annual International Conference, Orthomolecular Medicine Today 2016 in the Fairmont Hotel in Vancouver, Canada. 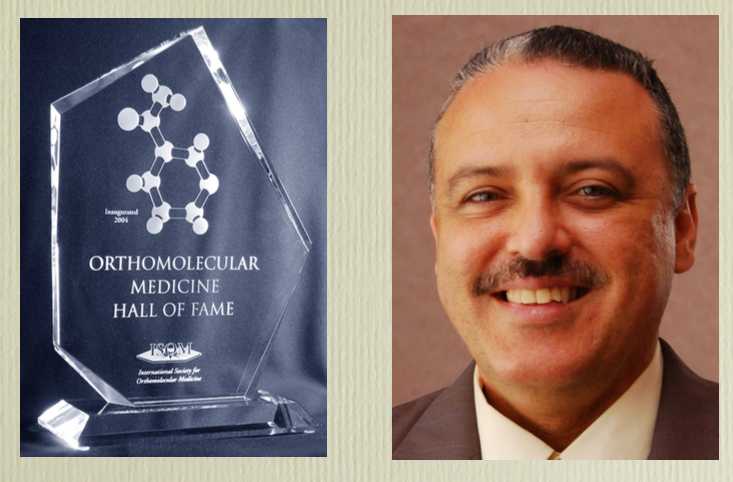