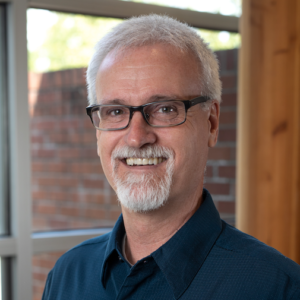 Dr. Borman earned his doctorate in anatomy and cell biology from the Medical College of Wisconsin and then began his career at UWS in 1994 as a faculty member in the department of basic sciences. As a result of his research, Dr. Borman was awarded both the prestigious Jan Langman award and the Outstanding Dissertation award in two separate annual conferences of the American Association of Anatomists. For several years Dr. Borman served as professor and chair of the basic sciences department and taught courses in gross anatomy, cell biology, histology, and human development. During that time he also held executive leadership positions in the Faculty Senate and the Faculty Association. In 2013, Dr. Borman accepted the appointment as dean of the college of chiropractic. In this capacity he worked collaboratively with faculty and administration to optimize the doctor of chiropractic program (DCP) curriculum and clinical experience. The UWS DCP is highly regarded for the depth and breadth of its curriculum and for its evidence-informed approach to chiropractic education. Late in 2017 Dr. Borman returned to the faculty in the department of basic sciences. He is currently course director for the human morphology course series.  This three-part course series integrates gross anatomy, histology, and human development to synthesize understanding of human structure and function from multiple anatomical perspectives. If you ask him, he’ll admit working with students in the anatomy lab is still, by far, his favorite part of his job. Outside of the classroom, Dr. Borman has been an active participant in programmatic accreditation with the Council on Chiropractic Education since 2001. In this capacity he routinely participates in, or chairs, site teams as they visit the various DC programs around the country as part of the process of reaffirmation of accreditation. In his spare time, Dr. Borman is most likely to be found working on a “do it yourself” project around the home. Whether it’s a project inside the house or out in the yard, he’s always up for the challenge and gratification of taking on a new remodeling project.