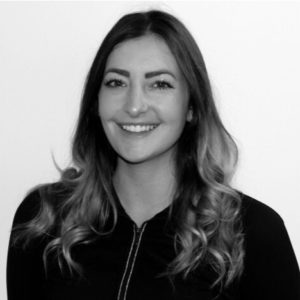 Bio: Rebecca Bell, DC, MS, CCSP grew up in the small town of Hockinson, Wash. After graduating high school, she spent some time at Lane Community College on a soccer scholarship before attending Washington State University (WSU) to study biology. In September 2015, she began school at University of Western States (UWS) and graduated with her Doctor of Chiropractic (DC) as well as her master’s in sports medicine degrees in September 2018. Currently, Dr. Bell is a sports chiropractic physician at Element Wellness and Sports Rehabilitation in Portland, Oregon. She is also the team chiropractor for the Portland Thorns FC and one of the team chiropractors for the Portland Timbers FC alongside Dr. Noah Goodwill. Dr. Bell is also a Certified Chiropractic Sports Physician (CCSP) issued by the American Board of Chiropractic Sports Physicians (ACBSP).

Where does your passion for chiropractic care stem from?

Seeing a family member suffer from a chronic illness is something I would not wish upon anyone, but it was a surefire way to motivate me, from a very young age, to ensure my career would line up with my passion for bettering the lives of people who are suffering. This did not directly lead me on a magical path to chiropractic, but instead led me down a road of exploration between careers I knew helped people in some way or another.

Job shadowing in my spare time during my undergraduate studies showed me what a day in the life of an MD, PT and DO would look like. As I learned by watching my mother’s multiple sclerosis progress from mild to very severe, I saw how medication is necessary in some people’s lives, but also how it can only go so far regarding the musculoskeletal pain they are experiencing as well as improving their overall health. I job shadowed a chiropractic physician for nearly a year before applying to school and it showed me how it was possible to address the root cause of people’s musculoskeletal problems and that I could give them tools to keep themselves out of pain long-term.

What initially drove you to choose to work with athletes?

My passion for working with athletes comes from being an athlete for my entire life. Soccer was my sport and I played competitively all through my youth, in high school and in college. Unfortunately, I tore my ACL, meniscus and MCL prior to my one year of college soccer, which made that year not as much fun as I would have liked. I made the very difficult decision to stop playing after that season. The people who worked with me before and after surgery were inspiring, because they seemed to understand the drive I had to get back to 100 percent. Although my passion is not specific to working with just elite athletes, they are my favorite population to work with because of their passion for what they do. They are usually more in tune with their bodies than the general population and are much more likely to take an active role in their care. The difference between having providers who are knowledgeable, passionate, and put the athletes first vs. ones who do not possess those qualities is a big factor in athletic performance overall.

Do you have any pieces for advice for those currently in the chiropractic and sports medicine programs at UWS?

My advice to current chiropractic and sports medicine students is to soak up all of the practical experience as much as you can. I know it gets tedious to get those practicum hours in when the chiropractic program gets busy, especially at your assigned shifts in the clinic. At UWS though, we have an administration constantly working very hard to get us exposure. The practicum events within the sports medicine program are where I got to see some really neat cases, I may have not seen in a traditional clinic shift.

We are also very lucky we get to learn from chiropractic physicians as well as an athletic trainer. If you plan to work with athletes, chances are you will work with many athletic trainers as well! Any time you get to work with someone who has a different specialty than you I think you should soak it up and pick their brain as much as you can.

Check out these highlighted open positions at UWS!

"When it came time for me to decide what kind of provider I wanted to be, I wanted an education that would prepare me to diagnose and manage patient care including referrals to specialists and advanced testing, as well as to advocate for patients as they navigate the health care system. It was important for me to not only be highly skilled in the management of acute injury, but also coach people out of chronic pain and be able to provide wellness care once acute and chronic injuries were under control."

Learn more about UWS alumna Dr. Montserrat Andreys and how she embodies what it means to #TakeTheLead in her passion for health care and living a full and enriched life. #UWSLife ... See MoreSee Less