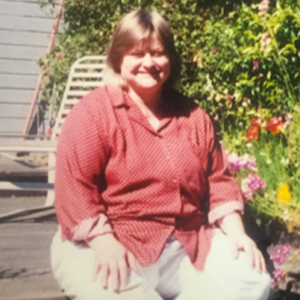 Rae Lyn Winblad, DC (class of ’83) is a force of nature, shaped by the stories of her immigrant ancestors who came to America in the 1800s from Sweden, France and Wales to seek the American dream. Dr. Winblad was especially influenced by the women in her family and their quest for education and a better life.

One of Dr. Winblad’s primary inspirations was her mother, a dentist, who showed her that women could succeed in professional careers through hard work, intelligence and the support of their community. In honor of her mother and all the women who came before her, Dr. Winblad recently joined the University of Western States bequest society, where she plans to direct a portion of her estate to provide scholarships for female chiropractic students.

“Studies show that the world changes for the better when women and girls are educated. It is apparent that UWS has created an atmosphere of inclusion and support that helps all students thrive,” said Dr. Winblad. “I am thrilled to support UWS and honored that they would ask me to share my experiences.”

Dr. Winblad decided to attend chiropractic college because of a personal injury that was resolved through Sacral-Occipital Technique and cervical techniques. She chose University of Western States, then called Western States Chiropractic College, because of its history and its curriculum, which she found to be the broadest and most comprehensive.

On New Year’s Day in 1979, she and her dog Gazelle, embarked on a journey from California to Oregon in a small Honda Civic with a U-Haul.

“We traversed the Shasta Mountains and landed in Portland during an ice storm. The snow was so heavy I had to move the windshield wipers with my hands!”

She arrived at her destination, a small home that shared property with a student at UWS. She went to sleep, and during the storm, awoke to the sound of a tree falling on the house. Her new home was clearly uninhabitable. She and Gazelle made their way out from the wreckage and back to the car.

“I knew just one other person in Portland, a chiropractic student and the sister of a friend, and I went directly to her house. All electricity was out and there were no phones, so I couldn’t call her,” said Dr. Winblad. “I parked on the main street and Gazelle and I walked 100 yards to her residence, knocked on her door, and she took us in for four days (to say ‘perseverance furthers’ is an understatement). We have been lifelong friends ever since.”

In her early days as a student, a visiting chiropractic physician in Dr. Winblad’s diversified adjusting class made an immediate and lasting impression on her.

“This visiting physician was about five feet tall and maybe 90 lbs. She picked the biggest guy, easily 6’5” and built like a linebacker. She gently put him on his side and adjusted his sacrum. Her stillness, focus, intention and use of leverage was incredible,” recalled Dr. Winblad. “I saw how amazed the student was, and of course talked to him later. He said, ‘Yes, it moved. I feel so much better. She was so gentle.’”

Dr. Winblad was sold. As she proceeded in her education, she also made a point to learn techniques she was not particularly drawn to as a way to expand her knowledge and clinical skills.

“It became obvious to me that it mattered not what technique one chose, but rather the doctor’s state of mind,” said Dr. Winblad. “This became a liberating concept to me throughout the academic program.”

Setting up Practice in California

After graduating, Dr. Winblad moved back to California and hit the ground running in setting up a successful practice. Her office offered chiropractic medicine, acupuncture and massage. She worked with patients experiencing everything from the side effects of chemotherapy to advanced disc injuries. Dr. Winblad quickly learned that part of doing her job well was by diagnosing patients and referring them appropriately.

“My dentist parents had their office in a prestigious medical building filled with dentists. They referred patients to medical doctors and to other dentists, so I did the same,” said Dr. Winblad. “I also referred to other chiropractors, acupuncturists, homeopaths, physical therapists, etc. My attitude was, ‘How could we use each other’s expertise to help the clients get well?’”

At the same time Dr. Winblad was setting up her practice, she also met her spiritual teacher, who shaped both her personal and her professional life.

“She taught me a daily meditation practice, which I have been doing for more than thirty years,” said Dr. Winblad. “She taught me that chiropractic was not all about ‘fixing’ people, and that so much more can be done if one remembers who they are and if one is confident without being arrogant.”

Today, Dr. Winblad’s office is no longer open. However, she is not retired. Dr. Winblad made a conscious decision to continue with the aspects of the profession that feed her spirit and allow her to grow. She continues her lifestyle and nutrition coaching practice to this day and has started mentoring chiropractic students.

“Right now is the very best and the most fun,” said Dr. Winblad. “I count my blessings that somehow I was able to find this work and I have not one moment of regret that my life went down this path.”

Out of gratitude for her advantages, Dr. Winblad supports charitable organizations around the world that focus on educating and providing educational opportunities for women. Her bequest to University of Western States that provides scholarships targeted to female students is but one of these endeavors. One she believes is necessary.

“My desire to provide scholarships for women in chiropractic is to encourage them to do great things,” said Dr. Winblad. “Chiropractic students have the privilege and responsibility to be of service in the world and in their patients’ lives.”

When asked what, if anything, she would ask of future recipients, Dr. Winblad says she would like the scholarships recipients “to be thoughtful” and understand the “pay it forward” concept.

“I would also like them to realize that somebody was thinking about them and remembering them.”