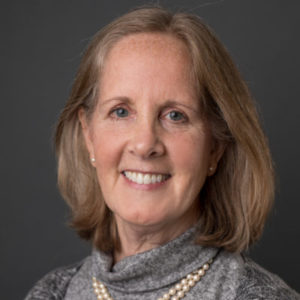 Joyce McClure, DC, DACRB, CES is a 1987 alumna of Palmer College of Chiropractic-West. She earned the Diplomate in Chiropractic Rehabilitation in 2008. She currently serves as a member of the UWS Board of Trustees.

In 1988 she moved to Portland and along with private practice soon became a member of the chiropractic professional association. She also worked as a clinician at UWS outpatient clinic, as well as a teaching assistant for adjusting technique and physical examination classes.

She spent much of her early years actively involved in tennis, volleyball, hiking and cycling, and has retained a lifelong interest in general fitness and an active lifestyle. Dr. McClure served as the Team Chiropractor for The Portland Shockwave from 2002-2004, as well as participating for many years as a Health Care Presenter for the middle school girls’ conference for Women in Engineering and Science (AWSEM).

Dr. McClure feels strongly that chiropractic health care is an option that should be available to every Oregonian.