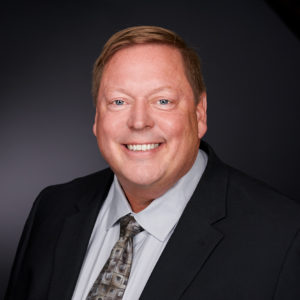 As the leader of medical services for the United States Olympic Committee (USOC), Dr. Bill Moreau worked with Olympic and Paralympic teams where he was responsible for the care of thousands of Team USA athletes, provided by more than 200 clinicians from numerous health care disciplines. During his tenure at USOC, Dr. Moreau served as the Team USA chief medical officer during the Rio 2016 Summer Olympic Games, and the PyeongChang 2018 Winter Olympic Games as well as serving as the medical director for the the London 2012 Summer Olympic Games and the Sochi 2014 Winter Olympic Games. Over his more than 30-year career, he has also treated collegiate, high school and recreational athletes.

Dr. Moreau is a licensed chiropractic physician and a board-certified Diplomate of the American Chiropractic Board of Sports Physicians (ACBSP). He has presented more than 500 lectures and postgraduate education programs throughout the world. Dr. Moreau is currently president of the ACBSP and is a member of the Journal of Chiropractic Medicine editorial review board.

Congratulations to UWS doctor of chiropractic student Jasmine Cheema, as the manuscript she co-authored, "Pcyt2 Deficiency Causes Age-Dependent Development of Nonalcoholic Steatohepatitis and Insulin Resistance that Could Be Attenuated with Phosphoethanolamine", was recently published in Nature – Scientific Reports. Jasmine exemplifies what it means to #TakeTheLead!

Nature – Scientific Reports is the sixth most-cited journal in the world, with more than 540,000 citations in 2020 and receives widespread attention in policy documents and the media. ... See MoreSee Less

Calling all UWS alums and current students!Want to be featured on the UWS social media channels? We want to hear from you! In two paragraphs or less please answer the following: “I am passionate about [insert your UWS program here] because…”

Please send your responses, along with a high-resolution headshot to [email protected] We look forward to hearing from you! #UWSLife #TakeTheLead ... See MoreSee Less

The UWS Clinical Mental Health Counseling/Sport and Performance Psychology Student Advisory and Engagement Board hosted a student hangout earlier this week. Students from across the country (and even Japan!) gathered to connect further about their experiences in the programs and to hangout outside the classroom.

Are you interested in learning more? Connect with Stephanie Fryer at [email protected] to learn more about student engagement opportunities and what’s in store next. #UWSLife #TakeTheLead ... See MoreSee Less

We're proud of UWS sport and performance psychology program representation within the Association for Applied Sport Psychology. Dr. Sarah Castillo and Dr. Robert Owens will be serving on the 2022 AASP certification council. #TakeTheLeadCertification as a Certified Mental Performance Consultant® (CMPC) demonstrates to clients, employers, colleagues, and the public at large that an individual has met the highest standards of professional practice.

Learn more about the benefits of CMPC certification and how to apply here: appliedsportpsych.org/certification/

Questions about the program or application process can be directed to [email protected] ... See MoreSee Less