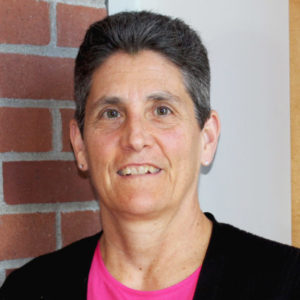 Dr. Galligan has been in practice in the state of Oregon since 1982 and most recently owned and operated Kruse Park Chiropractic Clinic in Lake Oswego. The clinic has also served as a UWS preceptorship program since 2000, providing in-the-field training to 12th quarter chiropractic students. Dr. Galligan’s ties to UWS, stem from the late 90s, when she served as the director of the King Road clinic within the school’s clinic system. As director, she was responsible for the direction of the clinic, patient care and education of the student interns.

Calling all UWS alums and current students!Want to be featured on the UWS social media channels? We want to hear from you! In two paragraphs or less please answer the following: “I am passionate about [insert your UWS program here] because…”

Please send your responses, along with a high-resolution headshot to [email protected] We look forward to hearing from you! #UWSLife #TakeTheLead ... See MoreSee Less

The UWS Clinical Mental Health Counseling/Sport and Performance Psychology Student Advisory and Engagement Board hosted a student hangout earlier this week. Students from across the country (and even Japan!) gathered to connect further about their experiences in the programs and to hangout outside the classroom.

Are you interested in learning more? Connect with Stephanie Fryer at [email protected] to learn more about student engagement opportunities and what’s in store next. #UWSLife #TakeTheLead ... See MoreSee Less

We're proud of UWS sport and performance psychology program representation within the Association for Applied Sport Psychology. Dr. Sarah Castillo and Dr. Robert Owens will be serving on the 2022 AASP certification council. #TakeTheLeadCertification as a Certified Mental Performance Consultant® (CMPC) demonstrates to clients, employers, colleagues, and the public at large that an individual has met the highest standards of professional practice.

Learn more about the benefits of CMPC certification and how to apply here: appliedsportpsych.org/certification/

Questions about the program or application process can be directed to [email protected] ... See MoreSee Less