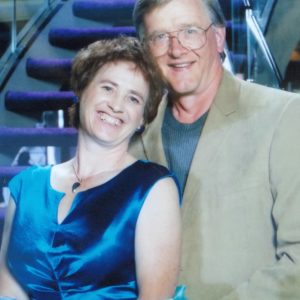 Why I Give: Profiles in Giving

Brief Bio: Dr. Neal served in the U.S. Army for four years from 1976-1980 where she was trained as a licensed practical nurse (LPN). She continued nursing until 1986, when she graduated from the doctor of chiropractic program at Western States Chiropractic College (what is now University of Western States). In 1988, Dr. Neal started her practice in Puyallup, Wash. where she practices today. Since graduation, Dr. Neal has finished coursework in chiropractic orthopedics and in 2004 she became a certified chiropractic extremity practitioner (CCEP).

Dr. Neal, a 1986 graduate of the doctor of chiropractic program at UWS, remembers her time at the school fondly. But it wasn’t until she was a practicing clinician with some experience that she realized just how important her training at UWS was. After reflection, she felt compelled to make a difference at her alma mater.

“Looking back, I feel I took my time at school for granted. After running a small business, I learned to appreciate the amount of organization and attention to detail that needs to occur to meet government guidelines and to get a student through to graduation,” says Dr. Neal. “I have grown to realize all that the school has done for me and for the profession as a whole.”

It was not just the training she received to be a competent, practicing professional that inspired Dr. Neal to give. It was also the lifelong relationships that began during her time at the university.

“I still remember how great the teachers were. They were always willing to put in extra time and went out of their way to help me,” Dr. Neal said. “I also remember the great and lasting friendships I built during that time.”

So Dr. Neal, who runs a successful chiropractic practice in Puyallup, Wash., along with her husband Britton Kennedy, decided to leave a bequest to the university in their will.

“My husband and I have decided to include UWS in our will to be dedicated to capital improvements,” said Dr. Neal. “When I went to UWS there was a definite need for better facilities and I would like to help make that possible. I would like to show my appreciation for the education I received and to ensure UWS has the resources it needs for the future.”

Through this bequest, Dr. Neal and her husband hope to improve the experience of the teachers, staff and students and encourage other alumni who have benefitted from their education at UWS to consider giving some portion of their estate to the university.

Today is Giving Tuesday and UWS is raising $1,000 for Student Scholarships. Follow us throughout the day to learn how your support impacts our students!

Tomorrow is Giving Tuesday and UWS is raising $1,000 for student scholarships! Your donation of $20, $50, $100, or more, goes directly to students who have shown leadership, demonstrated commitment to serving our community, and are the future doctors and health care professionals that will make a positive difference in our world. Give now at www.uws.edu/donate/ #uwslife #uwsgives ... See MoreSee Less

Tomorrow is Cyber Monday! Did you know you can give to UWS by registering UWS as your organization of choice on Amazon Smile? Amazon will donate a portion of your purchase price to us, every time you shop. Register your account today! bit.ly/3VlefPT ... See MoreSee Less