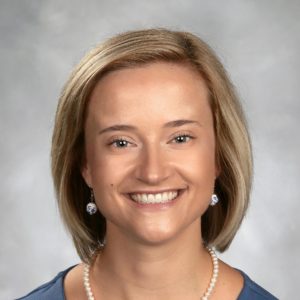 Dr. Erin Wos was born and raised in Eugene, Oregon and is currently completing a sports medicine fellowship at Peacehealth in Vancouver, WA.  She also is one of the team doctors for the University of Portland Pilots. Her interest in specializing in sports medicine stems from a long, personal history of competitive athletics, including competing for University of Arkansas in track and cross country. After receiving her Bachelor of Science in biology and political science, she returned to the PNW to compete for the Bowerman Track Club as a race walker, representing team USA in numerous World Championships and Pan-American Championships, and finishing third at the 2012 Olympic Trials.

She earned her Master of Science in nutrition and functional medicine from the University of Western States, and her Doctor of Osteopathic Medicine degree from Western University of Health Sciences, COMP-NW. Dr. Wos completed residency training in family medicine in Milwaukee, Wisconsin and served as chief resident. During residency, she was hired on to be a course facilitator for the MS in Human Nutrition and Functional Medicine program at UWS.  She has facilitated numerous courses during her time with UWS.

Outside of medicine and nutrition, she enjoys running, cooking, exploring new restaurants and spending time with her husband, Sam, and their pup, Bailey.